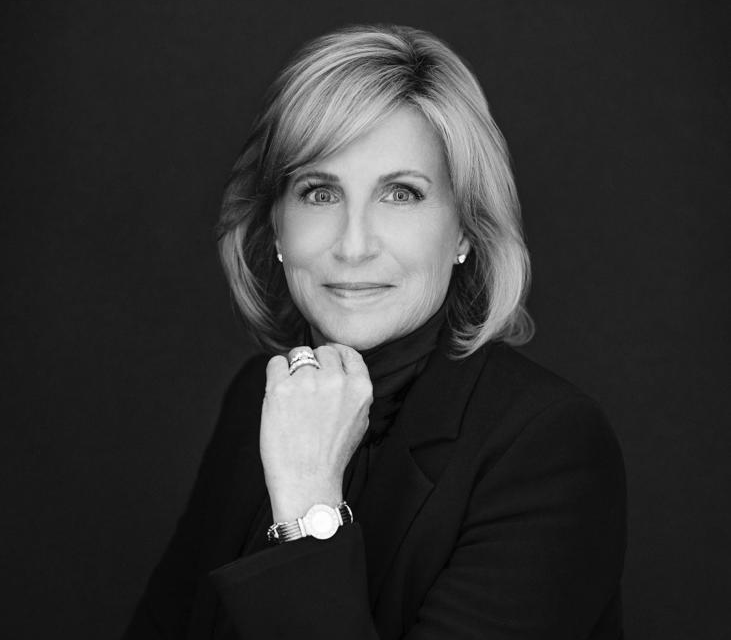 An accomplished real estate, housing policy and disaster recovery expert with a successful four-decade career in government, nonprofit and private sectors, Patenaude was the right person at the right time to oversee, coordinate and ultimately defend the interest of the people of Puerto Rico.

In September 2017, Puerto Rico faced two deadly Hurricanes, Irma and María. María, as a category 4 hurricane, brought large storm surges, heavy rains, and wind gusts well above 100 mph. María destroyed homes, entire neighborhoods and businesses, limited the access to clean water and food, crippled the island’s power grid, and caused thousands of Puerto Ricans to leave their homes. An estimated 2,975 fatalities and over $90 billion dollars in damages  occurred as a result of the hurricane.

After five years of Hurricane María made landfall on the island, we sat down with Pamela Patenaude, former United States Deputy Secretary of Housing and Urban Development (HUD) and one of the most important figures that rose to notoriety during the aftermath. An accomplished real estate, housing policy and disaster recovery expert with a successful four-decade career in government, nonprofit and private sectors, Patenaude was the right person at the right time to oversee, coordinate and ultimately defend the interest of the people of Puerto Rico.

RAD: Where were you when you heard Puerto Rico was hit by Hurricane María in September 2017?

Pamela: When Hurricane María made landfall in Puerto Rico, I was in Washington D.C. serving my second day as the Deputy Secretary of the U.S. Department of Housing in Urban Development. It was just days after Hurricane María, so the island had already been severely impacted by a category 4 hurricane, and a team had already been assembled in Washington, D.C. We went to work immediately; working with FEMA and other federal agencies in response to the hurricane.

RAD: Had you ever been to Puerto Rico before?

Pamela: Yes, I had visited the Island during the nineties while working under George H. W. Bush’s administration.

RAD: You took it upon yourself to champion Puerto Rico’s cause during the recovery effort.  What pushed you, personally, to become such an advocate for the Island during that time?

Pamela: Well, you should know. A visit from the Delegation of the Puerto Rico Builders Association came to see me in Washington D.C., led by you (Arch. Ricardo Álvarez-Díaz), and several other members of the association.  It was during that meeting when it was really articulated what was truly happening on the island. I had not visited the island yet, but it was clear that this was a humanitarian effort, and my role was to work to help Puerto Rico towards a long-term recovery. But again, it wasn’t until that meeting in Washington DC, that it became really apparent to me the devastation and the human toll that both hurricanes Irma and María had on the people of Puerto Rico. And that was really my call to action at that time.

RAD: What happened next?

Pamela: The dialogue that began in my conference room on Washington D.C. with you and the Puerto Rico Builders leaders was the beginning of a relationship that continues to this day. It was the relationship with the private sector that enabled us to get a much clearer picture of what was happening on the ground. I understood then that I had to get to the Island as soon as possible.

RAD:  How important would you say was the first visit to the Island during that time?

Pamela: My first visit to Puerto Rico was shortly after your visit in DC. I can tell you that landing on the island confirmed what you told me in DC.  The devastation I saw was heartbreaking. It was hard to imagine what was happening without being on the ground. That first visit was crucial, and it led to, I think, more than thirty visits to the island. But again, it was that first visit, that to this day compels me to keep coming back to work on this long-term recovery. It was through my role, and my formal role as Deputy Secretary, that I spent nineteen months traveling back and forth. I also had the oversight for the 20 billion dollars in federal funding, but when I retired from federal service, I knew that my calling was to continue to work with the people of Puerto Rico on the long-term recovery.

RAD: Based on that first visit, you began a relationship with the private sector which you called the “Private Sector Kitchen Cabinet” tell us about that.

Pamela: I relied heavily on the expertise of the private sector when I traveled on an almost monthly basis as the Deputy Secretary. As you know, we would get together after work because nobody, certainly, had the time during the day to be able to put aside two or three hours to talk about what needed to happen, but it was the Puerto Rico Builders Association which helped me assemble the groups and coordinate after hour meetings. They brought in leaders from the banking, construction, and real estate community. That group became our private sector kitchen cabinet. Of our initially group of about twelve, it grew to include the spouses because people were devoting so much time to the effort… it also led to extraordinary personal relationships that continue to this day. Also, some of the problem solving that took place during those meetings became solutions developed in the Action Plan. These meetings occurred over a period of about eighteen months in my fiscal capacity and continued post my retirement from federal service.

Pamela: You know, it’s hard to believe that it has been five years since Irma and María made landfall here in Puerto Rico and the recovery, you know, the process is slow, it’s certainly no fault of this current administration led by a very able governor. There were some issues in the very beginning of the recovery that were completely out of the control of Puerto Rico. I think the PR Housing Department did an exceptional job in putting together a comprehensive plan, the Build Back Better Plan and the Action Plan, to deploy 20  billion dollars of Community Development Block Grant Disaster Recovery Funds (CDBG-DR) and now Mitigation Funds (MIT), perhaps the most comprehensive action plan that has ever been developed following a natural disaster.  I believe as we are at year five, we are going to see much more capital deployed at a much more rapid rate.

Sadly, infrastructure takes a long time to rebuild, but some of the programs that have had tremendous success today, the R3 program, has been one of the most successful programs that I ever witnessed in a disaster recovery. Nevertheless, I believe the Federal Government process certainly needs to be reformed, something that we are working on, including several of my friends and colleagues from the mainland and in Puerto Rico, as part of a task force, to reform the way the Federal Government responds to natural disasters.